In his 23 years with Sunrise, Mr. Gosda has served as the President of the Las Vegas, Houston and Colorado Divisions of Sunrise Company and while President Mr. Gosda has lead the acquisitions team for Sunrise Company. Mr. Gosda also served as President of Brookfield Residential’s Texas operations from 2014 to 2019, launching Kissing Tree, a 3,000 home Active Adult Community and Easton Park, a 10,000 home master planned community in Austin. In addition, during his tenure at Brookfield he started Brookfield’s homebuilding operations and grew home sales to over 500 homes a year. During his career Mr. Gosda has developed over 8,000 acres, the design, construction and sale of over 6,000 homes, 2,500 apartments and construction and operation of 8 golf courses.

Mr. Gosda has served in many civic, charitable and political capacities including Los Angeles County Parks and Recreation Commissioner, president of the Castaic Chamber of Commerce, served on the Board of Trustees for the Castaic Union School District, Chairman of the North Los Angeles County Transportation Coalition and a Board Member of HomeAid Austin. In addition, he has served on numerous community associations, including the Austonian Condominium Association in Austin, Texas.

Gosda received a B.A. in Accounting from the University of Houston in 1979 and was a Certified Public Accountant. He continues to be very active in outdoor activities and enjoys his time with his wife and four children. 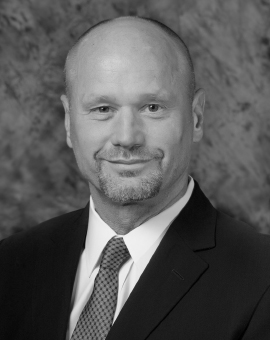